Looking to sell a watch? Select how:

Over 1,500 successful private sellers each month.

Become a Chrono24 dealer
Free Appraisal
What is your watch worth?
Home Magazine Legendary Brands and Models Do discontinued models always increase in value? 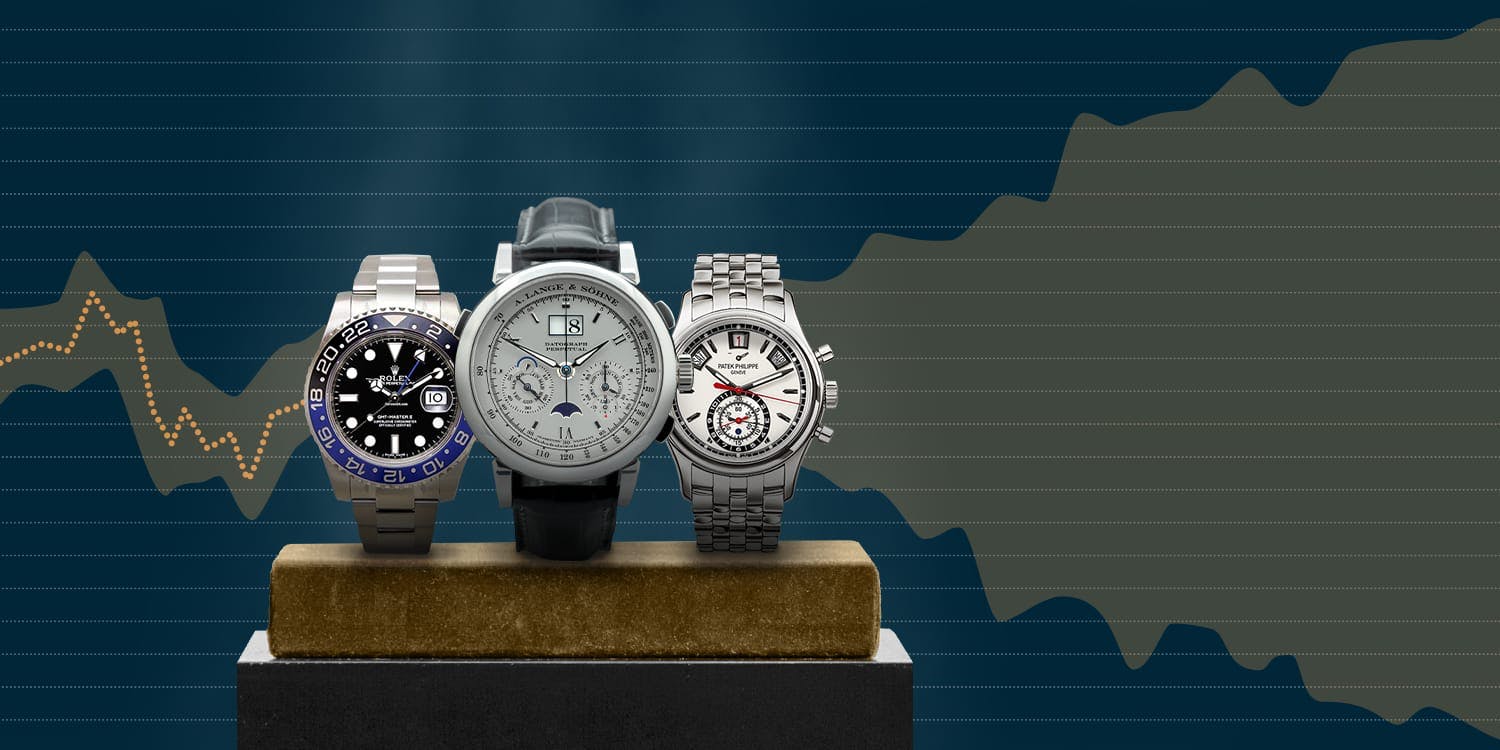 We all know the story: A major brand announces that a popular model or reference is unexpectedly being discontinued or changed in some way that is not popular with collectors. Suddenly, there’s a rush for this model at authorized retailers around the world. Demand soon outstrips supply, driving up resale values on the secondary market – at least that’s what it looks like from the outside. The reality is often much more nuanced than that.

We recently witnessed this phenomenon with the Rolex GMT-Master II ref. 116710BLNR, better known as the Rolex Batman. Speculation was rife in the lead-up to Baselworld 2019 that Rolex would be replacing this reference. A year earlier, the Rolex GMT-Master II ref. 126710BLRO – aka the Rolex Pepsi – had made its debut. The model set new aesthetic and mechanical guidelines for the collection, and so it seemed likely that the Batman would get similar treatment. Therefore, it came as no surprise for industry observers when the ref. 126710BLNR premiered. 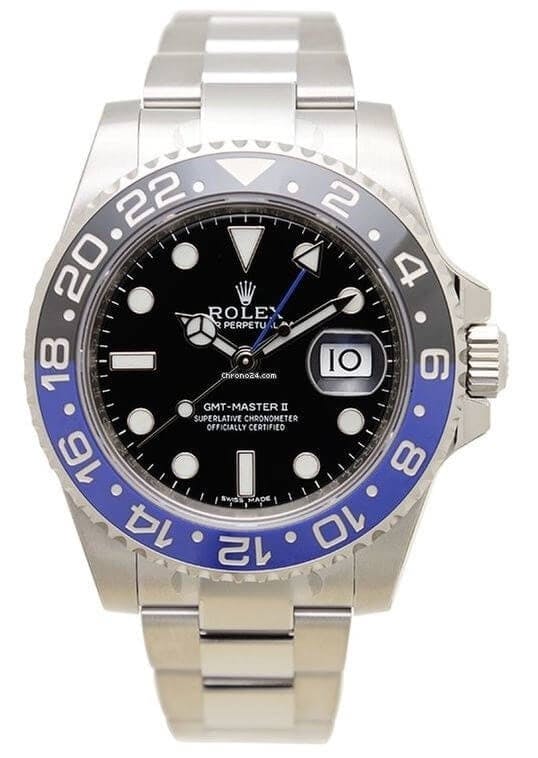 However, a big sticking point for many fans was the decision to replace the Oyster bracelet exclusively with the Jubilee bracelet. Demand for the original ref. 116710BLNR, which had been steadily creeping up, suddenly sky-rocketed. But how much of this increase was driven by speculators and opportunists looking to profit from a quick turn-around? And how much was due to collectors hoping to make a long-term addition to their collections? It’s impossible to say.

In the case of the ref. 116710BLNR, there are several clear reasons why it might be considered “collectible.” For a start, it’s a Rolex. That in and of itself carries huge weight. It was also the first Rolex watch to feature a bi-color ceramic bezel, which the brand had previously stated to be impossible. Even more unexpectedly, the bezel was blue and black, a completely new color combination for the collection. It was less popular than the Pepsi (which had been discontinued in steel in 2014 before coming back 4 years later) and as such was produced in relatively low numbers. Lastly, it had a short production life, having only been introduced in 2013.

Do these factors guarantee that a discontinued model from a major brand will increase in value? Not necessarily. In 2014, Patek Philippe launched the ref. 5960/1A with a white dial. In 2017, it was joined by the ref. 5960/1A-010 with a black dial. In early 2018, both references were quietly discontinued. Prices for the black dial version, which had an extremely short production life, continue to track well on the secondary market. This suggests that collectors view the reference as an investment piece. 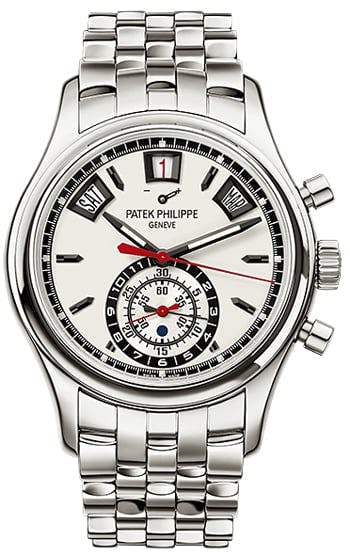 Meanwhile, the less popular white dial version sells for below retail, which is almost unheard of for a Patek Philippe chronograph. It arguably satisfies all the same criteria as the Batman: reputable brand, low production numbers, first of its kind in a steel case… the list goes on. However, it was never really a popular watch, and it seems that is still the case since it has been discontinued.

The same can’t be said for the A. Lange & Söhne Datograph ref. 403.035 in platinum. Introduced in 1999, the Datograph (date + chronograph) was the first completely new, in-house mechanical chronograph produced in the last quarter of the 20th century. Incorporating a fly-back function, precise jumping minutes counter, and quick-set outsized date, it was most definitely a popular model at its debut, albeit one with a niche audience. After being in production for 12 years, it was replaced by the Datograph Up/Down in 2012. With that history, you would be forgiven for thinking that this watch is a solid investment piece. Yet, its price on the secondary market has been quite volatile over the past few years.

So you see, predicting which models/references may increase in value once discontinued is not a perfect science.

Let’s look at another puzzling example: the Audemars Piguet Royal Oak ref. 15400. Launched in 2012, this version of AP’s famous luxury sports watch was never as popular as its sibling, the ref. 15202. The larger 41-mm case was considered too big for the calibre 3120 inside (the movement was originally intended for a 39-mm case), which resulted in a somewhat awkward positioning of the date window. Likewise, there was nothing particularly significant about this model. It wasn’t a first for AP in any way. It didn’t introduce new technology, nor was it linked to anybody famous. In fact, for most of its production life, the ref. 15400 traded at a discount on the secondary market.

Yet, earlier this year it was discontinued and replaced with the ref. 15500. Similar to the Rolex Batman, the changes between the old and new models are subtle. The dials are different; most noticeably, the location of the date window has changed thanks to a new in-house movement. The baton markers are now shorter and thicker, and the word “automatic” no longer appears across the bottom half of the dial. The case is also a bit thicker due to the new movement.

On the face of things, these changes – particularly the new in-house movement – should make the ref. 15500 the better watch. The same can be said for the ref. 126710BLNR. Yet, it seems the late Steve Jobs was onto something when he said, “People don’t know what they want until you show it to them,” or in this case, show them an alternative. Now that the ref. 15400 is no longer available, everyone wants one. Since the announcement in January, the watch’s secondary market price has illogically jumped. Will it keep tracking upwards? Only time will tell.

The 80s trend is back: two-tone watches. Are they too flashy or perfectly vintage?

By Tom Mulraney
Aug 07, 2019
View all articles
Next article

May 27, 2016 by
Christopher Beccan
View all articles

Editor’s Picks of the Week – Zenith, Hermès and Rolex

The Watches of Team Chrono24: Pascal

What trends, watches, and brands played an important role in 2018?